The Reform Tower is a tall tapering tower built in 1832, on the site of a prehistoric cist burial. The Tower is of five stages on a Greek cross plan, the top stage slightly corbelled out with splays in angles. It is constructed of squared granite, with rock-faced masonry at the ground floor, a simple cornice over openings and a crenelleted parapet. The tower rises 58 metres above sea level. Owing to its vantage point it was intended to become an observatory but was sadly never completed.

The 1832 Reform Act was a watershed in British democracy, extending the right to vote to all male householders in Great Britain owning property valued at £10 or more. The population of Peterhead at this time was just over 5,000 inhabitants, of whom 172 met the property qualification and were given the right to vote. The town itself was made a parliamentary burgh and grouped with five other towns in the north of Scotland (Elgin, Banff, Cullen, Inverurie and Kintore) to send one M.P. to the House of Commons. 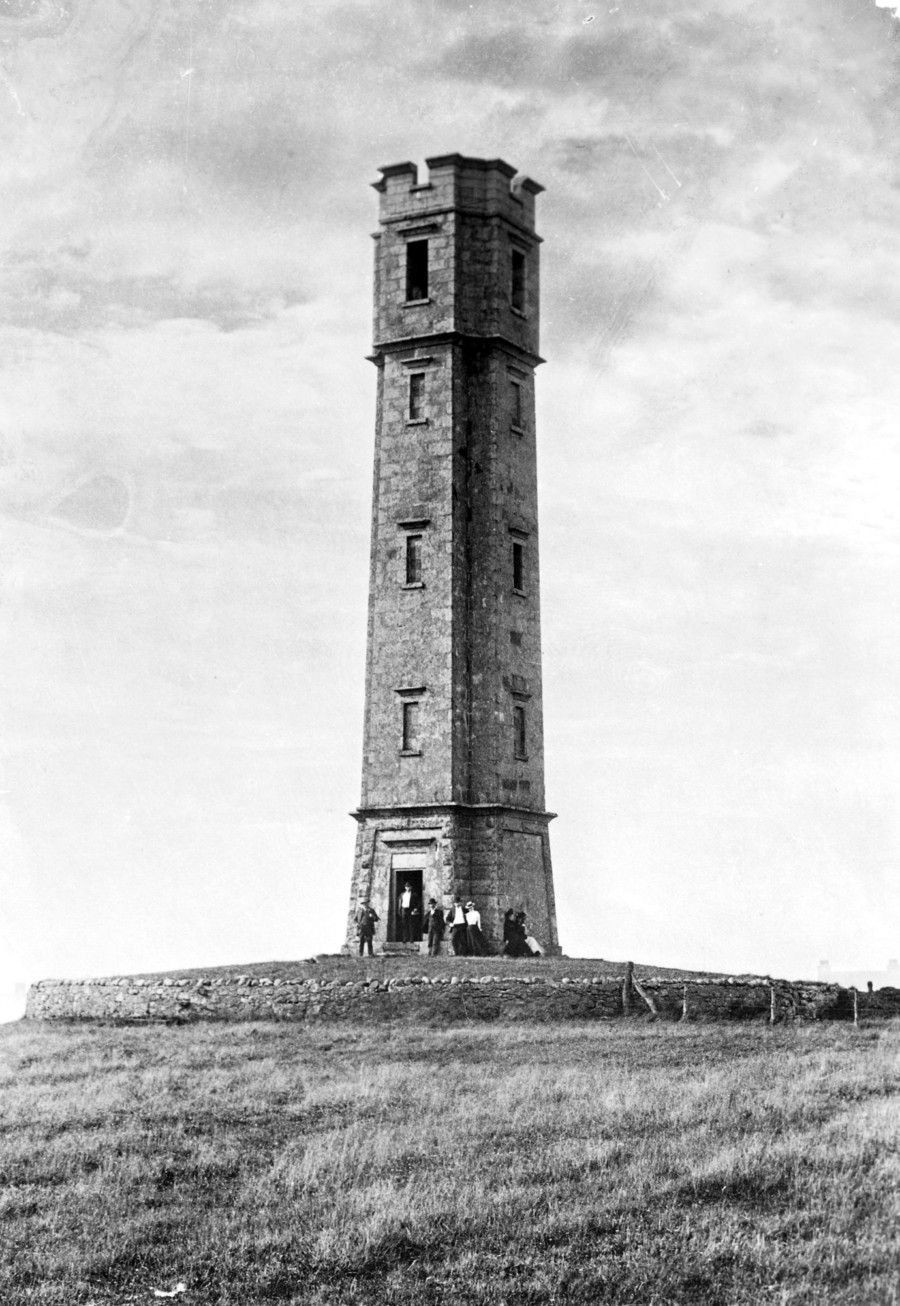 The foundation stone was laid by George Mudie of Meethill in August 1832. George Mudie, originally from Kirkcaldy, moved to the north-east in 1810 and became a prominent Peterhead merchant and ship-owner and was an active member of the reforming Whig party. George Mudie was also responsible for establishing the small fishing village of Burnhaven on the south side of Peterhead Bay. Mudie owned land in the Meethill area and chose the site for the Reform Tower.

A tumulus and cist, containing human skeletal remains and a fragment of an Irish Food Vessel, was discovered when digging the Reform Tower foundations in 1833. The burial and artefacts most likely date to the Early Bronze Age (around 2200 BC – 1800 BC), and are now in the care of Aberdeenshire Heritage and Museums Service.