An Admiralty yard was attached to the prison, built in order to employ convict labour in the construction of the harbour of refuge for the fishing fleet. Commencing in 1886 under the Powers of the Peterhead Harbour of Refuge Act 1886, they built breakwaters across the opening of Peterhead bay. The Admiralty was the harbour authority for the bay harbour until 1960.

There was a brickworks on the site known as the Invernettie brick and tile works facing onto what was known as 'Brickwork Bay'. There are no visible remains of the now demolished works.

From 1918 – 1919, this area was used a seaplane repair and store base. Opened in 1918, the base provided repair and storage facilities for the operational seaplane station at Loch of Strathbeg 15km (9 miles) north west of Peterhead.

Peterhead was also used for operational flights when the water level of the Loch of Strathbeg dropped below a safe depth. The Peterhead base was 3.6 hectares of re-claimed ground largely made up of granite debris and rubble from the Admiralty yard for the construction of the “harbour of refuge”, at the southern end of Peterhead Bay. An area of foreshore to the north west of the base was included within the boundary of the station.

The breakwaters of the harbour provided a large area of sheltered water for seaplane landings. In 1918 the Peterhead base was to comprise one seaplane shed measuring 61m by 30.5m, with a workshop in an annex measuring 61m by 6m, and stores for parts, fuel and ammunition. The establishment of the base was 77, of whom five were women, to be accommodated in buildings located in a separate area to the north, on the site of the former brickworks. It is not clear whether the base was completed before it was abandoned in 1919. Nothing remains of the base. 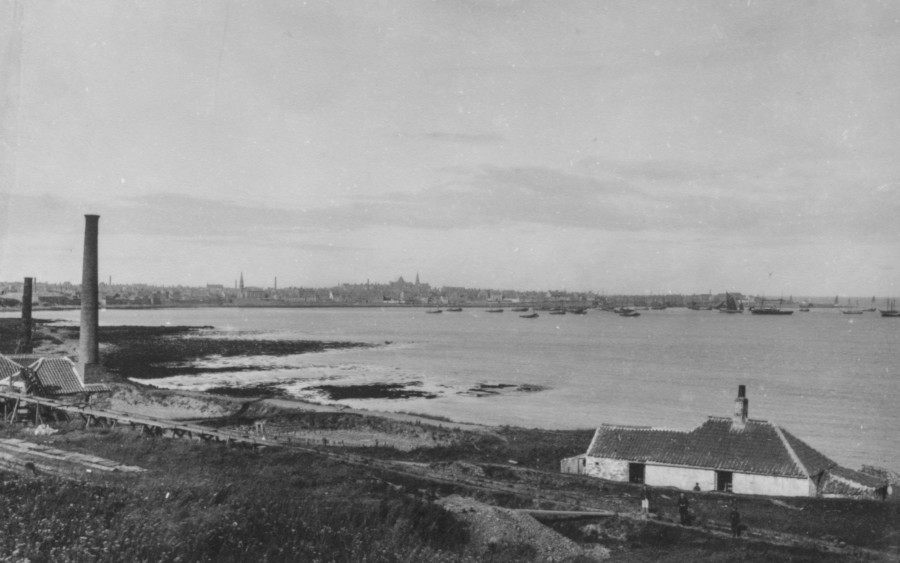 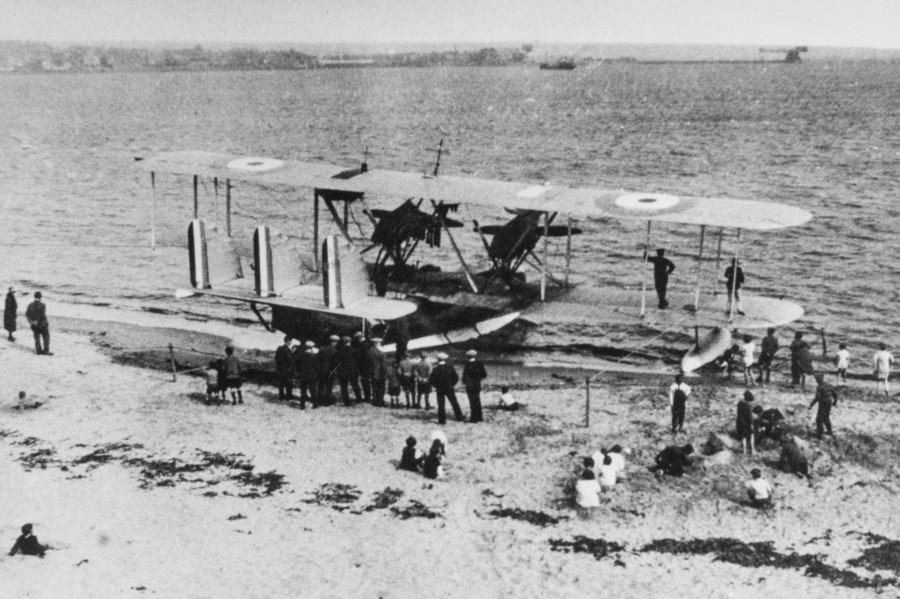 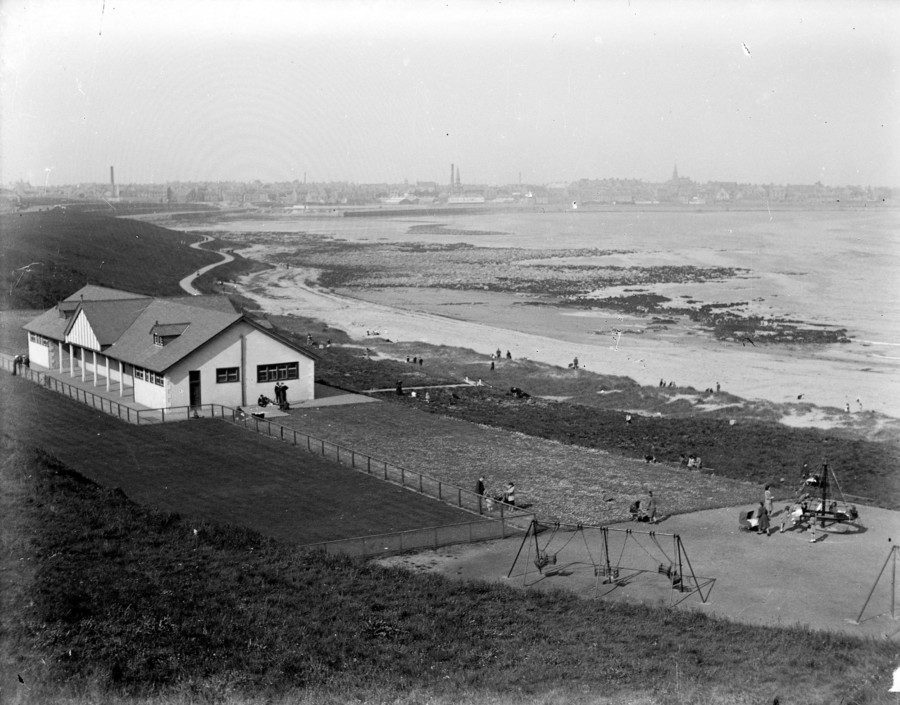 A series of Admiralty marker stones on the shore on the west and south sides of Brickwork Bay would have delineated the extent of admiralty land. Seven stones were installed. The stones are inscribed with their number and an anchor symbol. It is not clear whether the others still survive.

The modern day Peterhead Bay is home to a bustling port with 10 locations including quays, basins and jetties. The port provides first-class facilities and services for the fisheries, oil and gas, renewables and leisure sectors with more than 3km of berthing space at depths of up to 14m.

The Scottish Maritime Academy is a purpose-built training centre offering maritime training across the Merchant Navy and Fishing sectors. The Academy is an approved training provider for the Maritime and Coastguard Agency; Merchant Navy Training Board; Association of Marine Electronic and Radio Colleges; Royal Yacht Association and Sea fish. Students have access to an Electronic Chart Display and Information Systems suite, Transas simulator with 3 training bridges, a radio simulation room, net hall, chart rooms and a library. 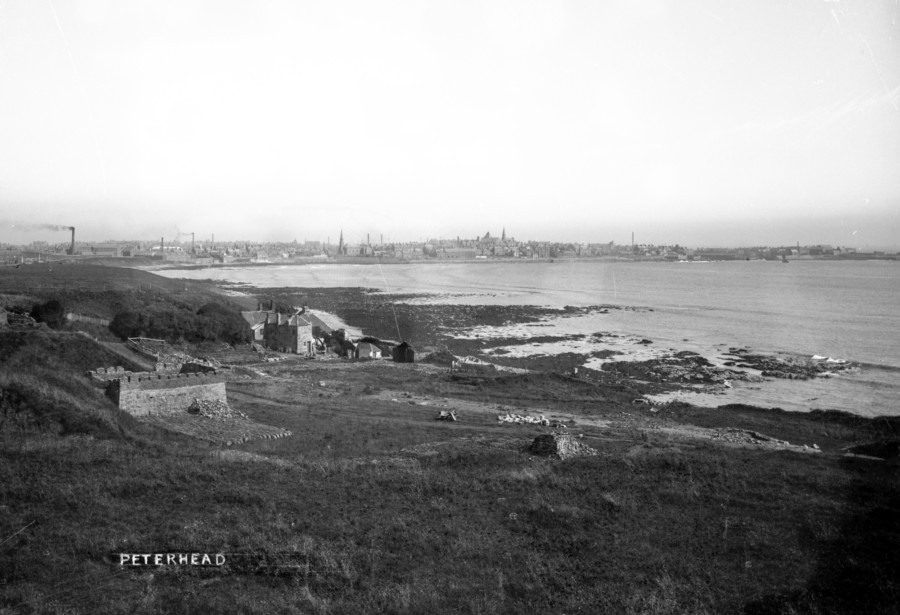 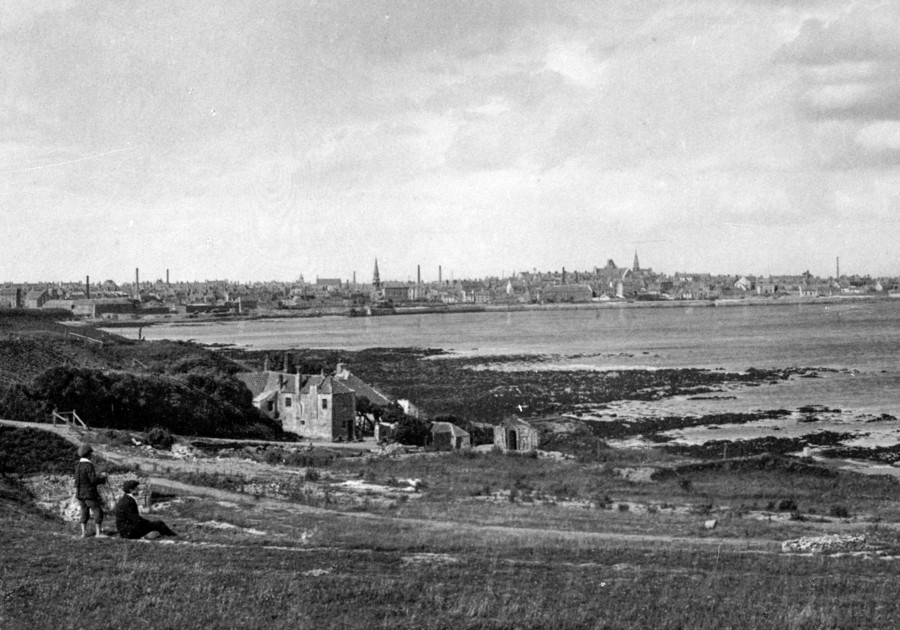 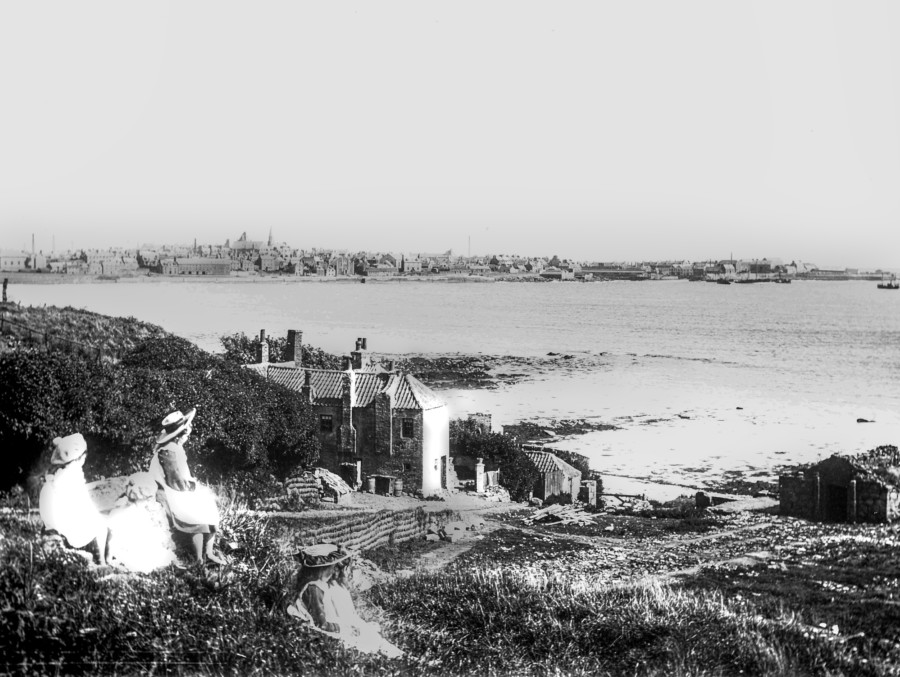