Put on your walking shoes
& let the story begin…

Blade 2
The Pends of Peterhead

Put on your walking shoes
& let the story begin…

From the haunting tale of Auld Harry near the Harbour, to witch trials, and the dubious business activities of the Baron Ballie Alexander Elles. Meet Fisher Jessie, and see the gift that William the 1st of Prussia sent to the people of Peterhead.

The Peterhead Trail starts here. Explore Aberdeenshire’s largest town - the Bluetoon - and find out more about its exciting past.

Put on your walking shoes and let the story begin……. 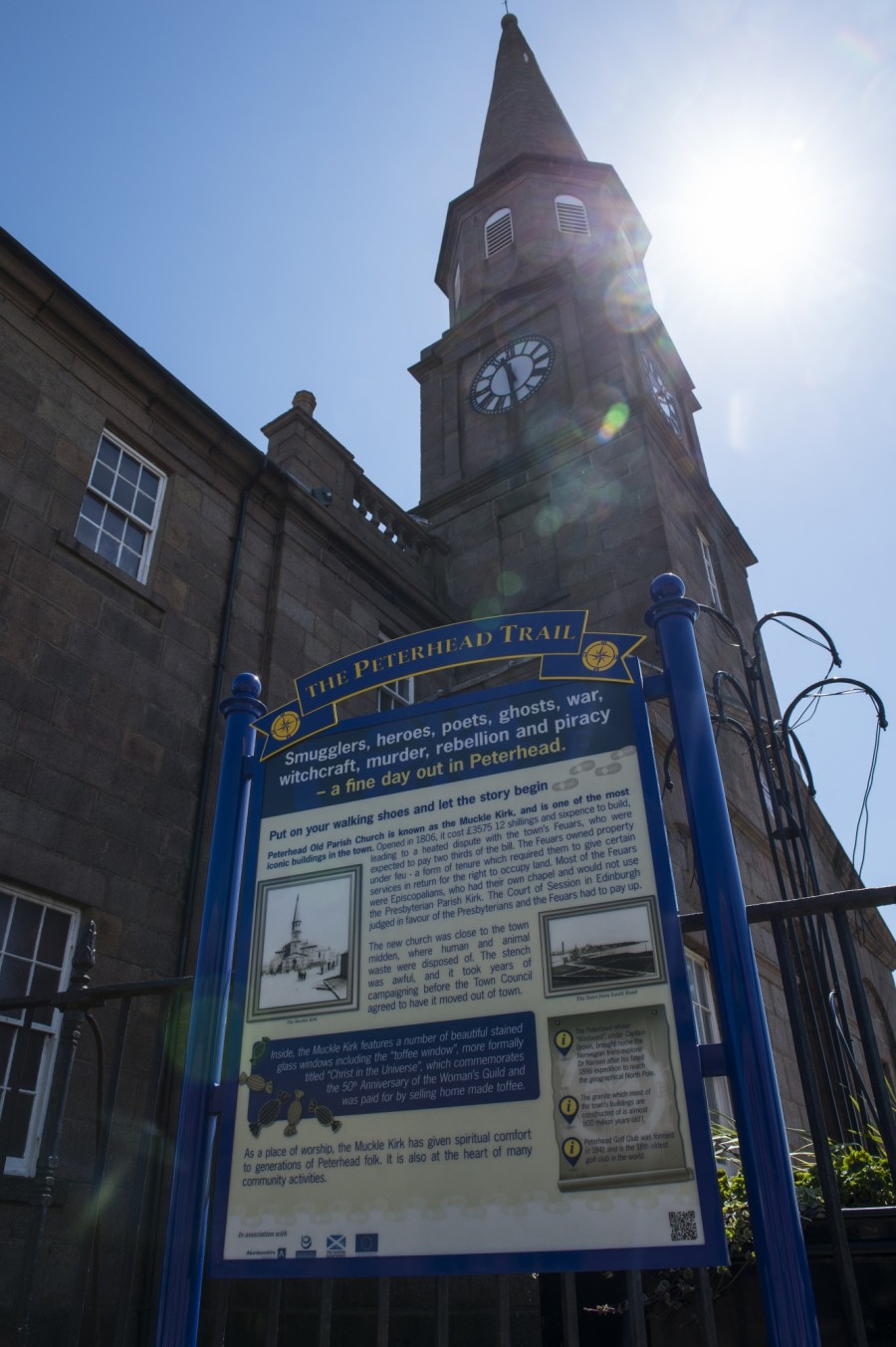 The Muckle Kirk - starting point of the Peterhead Trail

Peterhead Old Parish Church is known as the Muckle Kirk, and is one of the most iconic buildings in the town. Opened in 1806, it replaced the original Muckle Kirk on nearby South Road which was demolished after only 30 years due to fears over safety. Building costs for the new church were a massive £3575 12 shillings and sixpence, leading to a heated dispute with the town’s Feuars, who were expected to pay two thirds of the bill. The Feuars owned land or property in town under feu - a form of tenure which required them to give certain services in return for the right to occupy land. Most of the Feuars were Episcopalians, who had their own chapel and would not use the Presbyterian Parish Kirk that they were expected to pay towards. A hearing at the Court of Session in Edinburgh judged in favour of the Presbyterians. The Feuars appealed to the House of Lords, who agreed with the lower court and the Feuars had to pay up.

The new church was not without problems. It was very close to the town midden, where human and animal waste were disposed of. The stench was awful, and it took many years of campaigning before the Town Council agreed to have it moved out of town.

The austere design of the building was also controversial to some people. In his book “A History of Peterhead”, historian J.T. Findlay describes it unkindly - “The clumsy barn like appearance of the Church which, except for the spire, is without beauty of any kind”. He then added “Massive building, Minus beauty, Tempests shielding, Does its duty”.

The exterior may be plain and functional, but inside the Muckle Kirk features a number of beautiful stained glass windows, including the “toffee window”, more formally titled “Christ in the Universe”, which commemorates the 50th Anniversary of the Woman’s Guild and was paid for from the proceeds of selling home made toffee.

As a place of worship, the Muckle Kirk has given spiritual comfort to generations of Peterhead folk. It is also at the heart of many community activities. 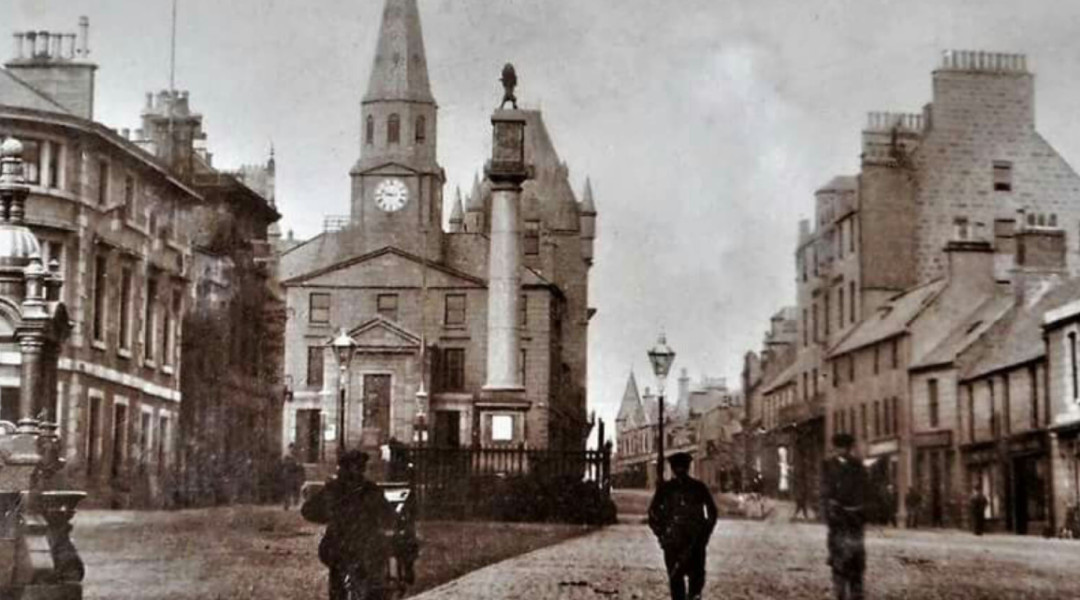