The ruins of Peterhead’s first parish church date from Norman times, a century after William the Conqueror. However, the first written reference to this place of worship is in 1218, when ownership of it was transferred to the Abbey of Deer from Dunkeld Cathedral. Due to the location of the church, this steep part of the town overlooking the sea would be known as the ‘Kirktoun’ and, together with the nearby settlements of Roanheads and Keith Inch, would form the original burgh of Peterhead in 1587.

What survives of the medieval church is the chancel arch and a portion of the inner chancel. The chancel arch has plain jambs with cushion capitals. In these ruins there are two 17th century graves, the oldest of which has a Latin inscription recording the death of Bessie King in 1615.

The northwest gable is probably late medieval and incorporates a square, pyramidal-roofed bell-tower of mid-18th century date. The intervening walls have for the most part been removed, the remaining portions being overlain by later burial enclosures. The original bell, made in Holland in 1647 by Michael Burgerhuis, is still in situ. Burgerhuis was a master craftsman who also made bells for other Scottish towns and cities. At the time of the bell-tower’s erection, Peterhead was just recovering from the plague which had killed 300 inhabitants. Anyone at that time who ventured to the top of the bell-tower would have been able to see round the headland to the plague huts and pits near the harbour. Later, during the 19th century, it became a watch-tower, and the bell tolled to raise the alarm against body snatchers.

The church measured at least 30 m by 8.9 m with walls 0.8 m thick. The southwest wall of the chancel contains a round-headed niche. The exterior of this wall is lined with 18th century mural burial monuments. The walls around the graveyard were built in 1816. 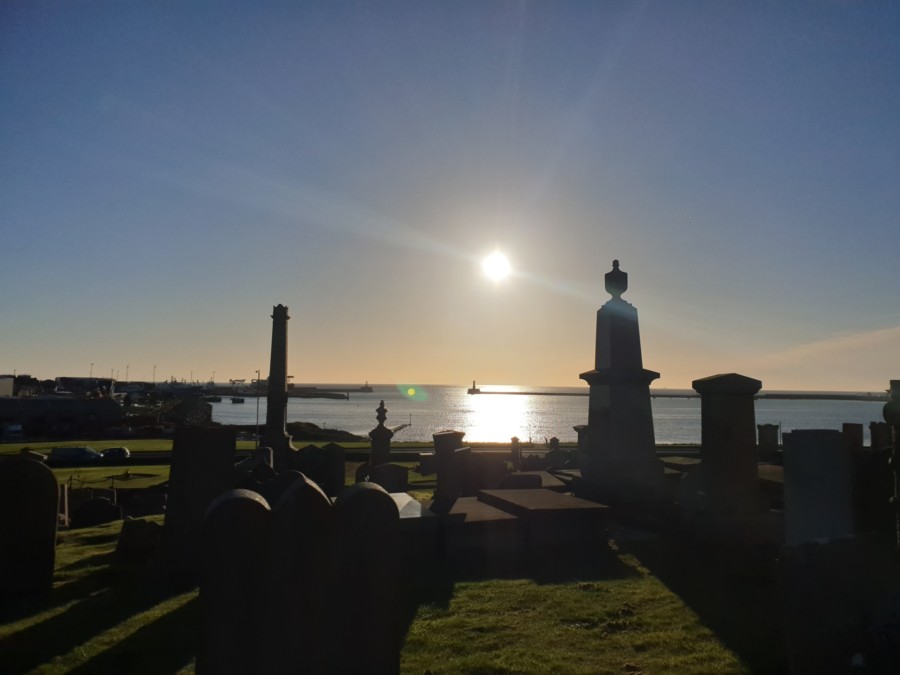 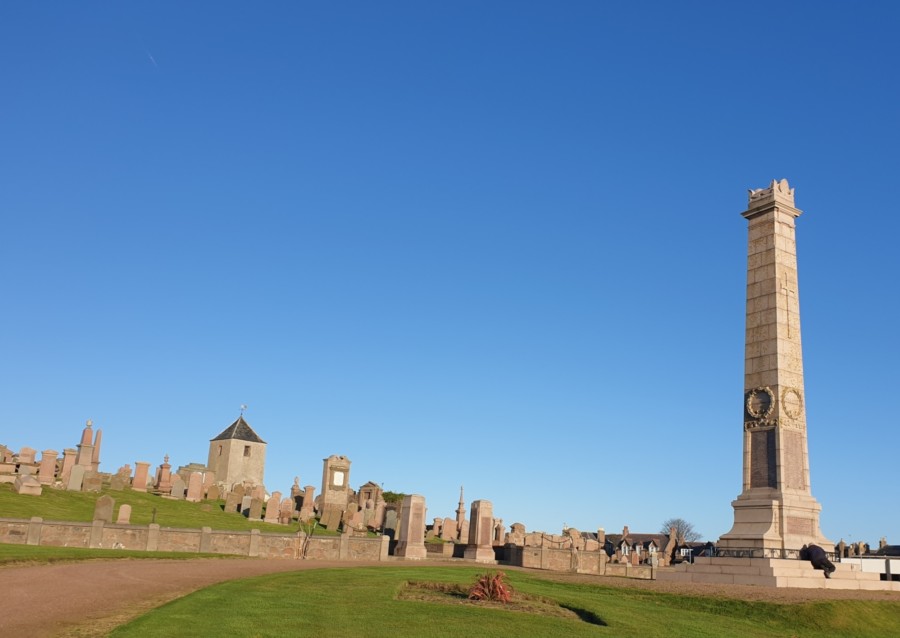 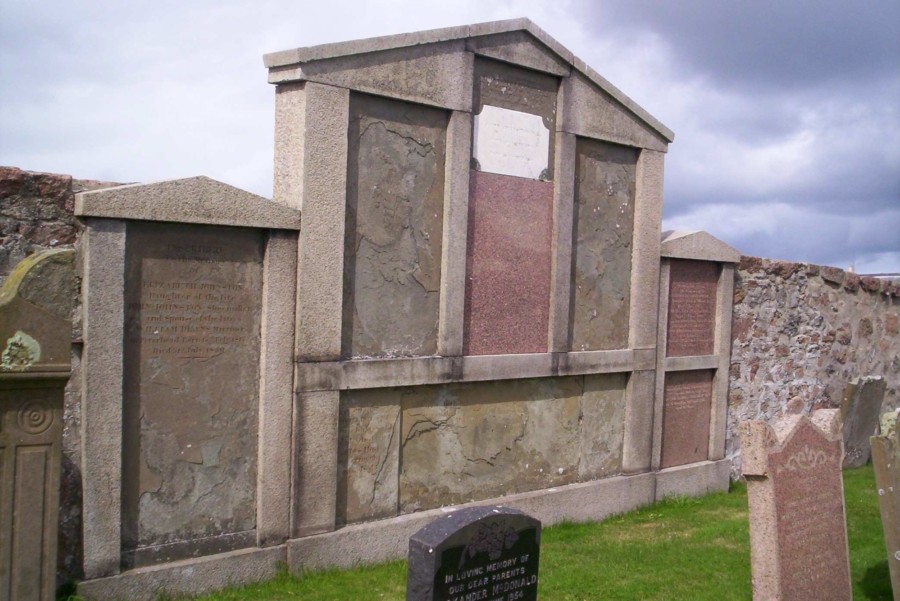 St Peter’s Kirk as a place of worship was abandoned in 1771 and a new building, the ‘Muckle Kirk’, was built at the entrance to the town in 1806. However, the kirkyard continued to be the town’s main burial ground. There is an important collection of 17th, 18th and early 19th century monuments in the churchyard, including the monument to the Gray family, Peterhead’s whaling dynasty. Buried in their family lair is an Inuit boy, who travelled from Greenland to visit Peterhead, and who died from an infectious disease in 1825. Another young person buried here is Elizabeth Grierson, the 10 year old daughter of the Buchanness lighthouse keeper, who died of typhoid in 1869. A local hero, Thomas Abernethy, died in 1860 after a lifetime of travel and exploration in the Arctic. He took part in several polar expeditions and was awarded the Arctic Medal, as well as having three capes in the Arctic Circle named after him.

In front of the church stands the Peterhead War Memorial. The War Memorial Fund was started with a donation of £5,000 by the daughter and son-in-law of the late Provost Leask, and everybody in the town had the opportunity to contribute through door-to-door collections. By 1st June 1920, there was about £10,000 in the fund. An Edinburgh architect designed the memorial which was erected by an Aberdeen firm at a cost of about £2,500.

The War Memorial is a 40ft high rectangular obelisk of grey granite, with an unusual decorated

top. The names of the fallen are listed on pink granite panels set into the faces of the

monument, each surmounted by a wreath. It widens at the bottom and stands on top of a

three-step base. The memorial was unveiled by Lord Polwarth on the 16th August 1922.

At the entrance to the Churchyard are Second World War memorials which form the gate piers at the bottom of the steps. They are squat rectangular pillars with the coats-of-arms of the different services and regiments, as well as the names of the fallen.

Within the graveyard are a number of war graves. These are cared for by the Commonwealth War Graves Commission, who repair and replace stones as necessary.

The Family History Society of Buchan has produced a CD-Rom of the Monumental Inscriptions in this Churchyard, complete with plans and photographs. Copies are available from the Family History Centre at 77 Broad Street, Peterhead, or via their website – www.buchanroots.scot 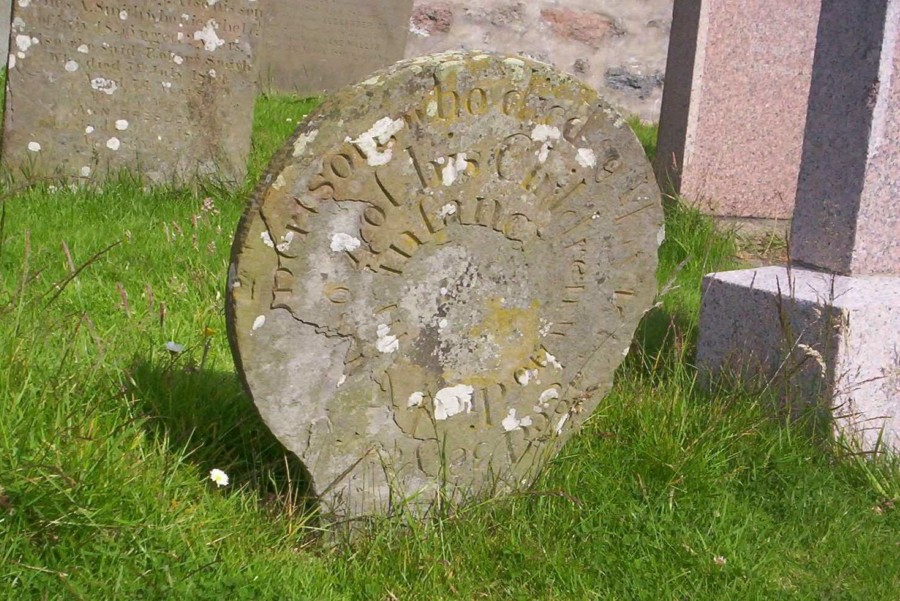 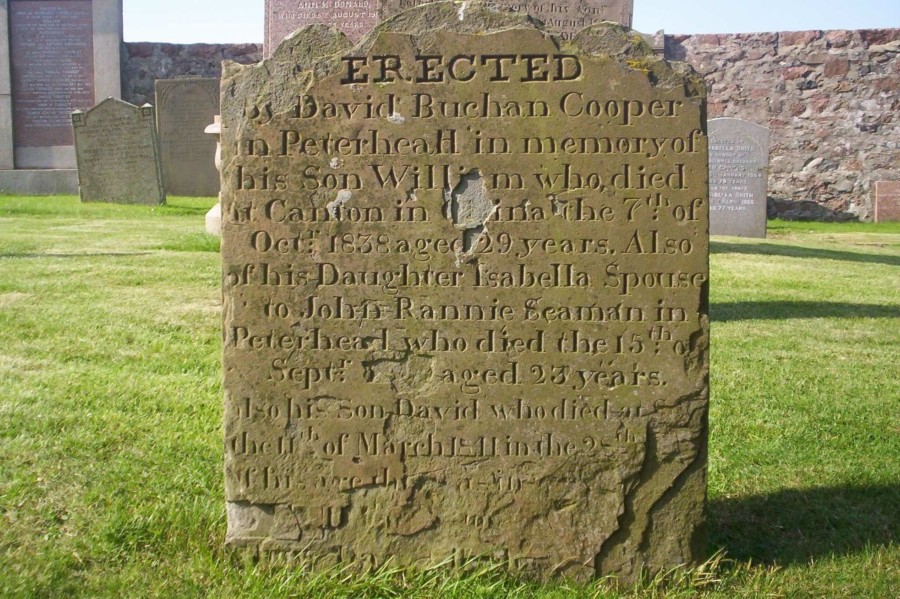 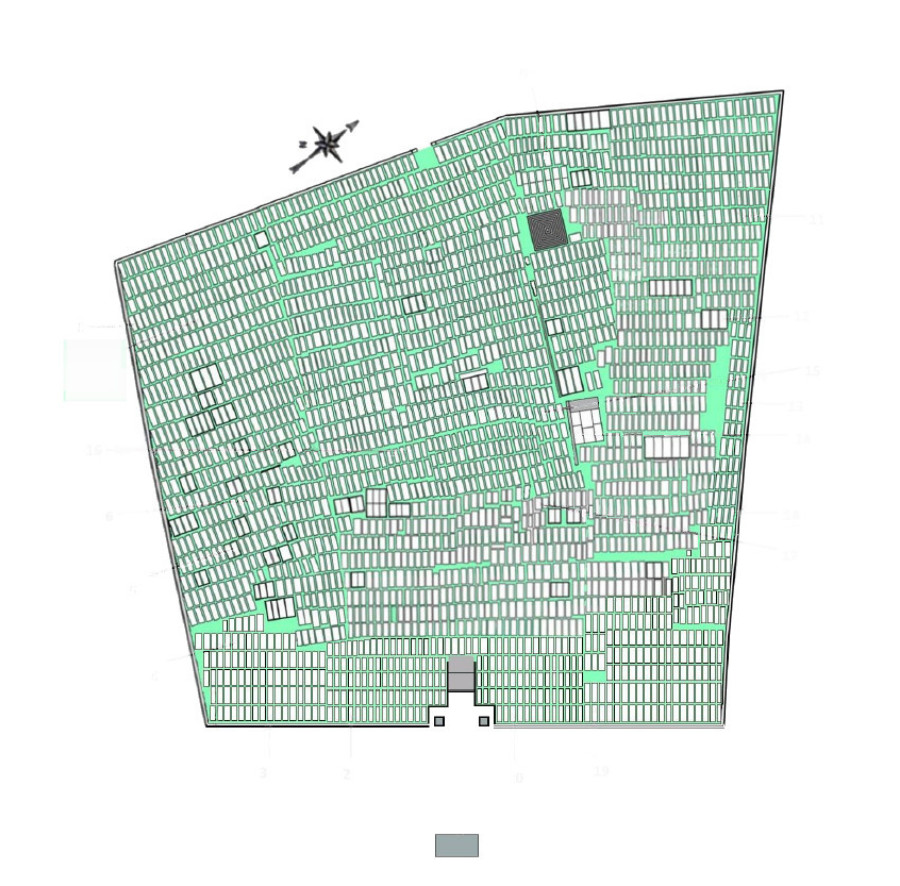